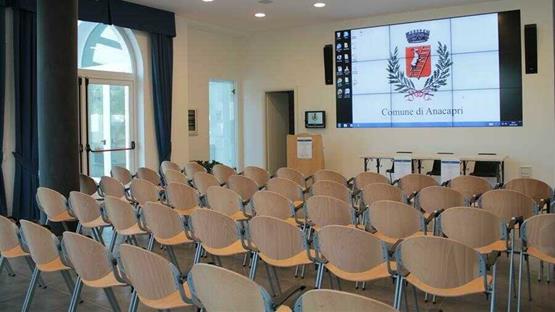 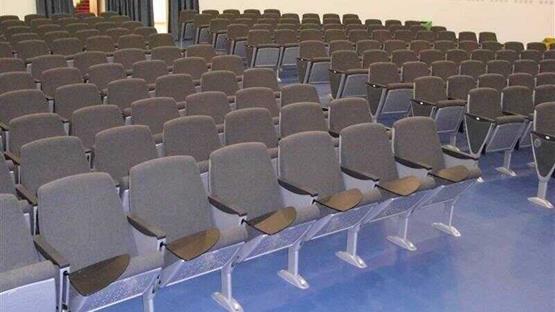 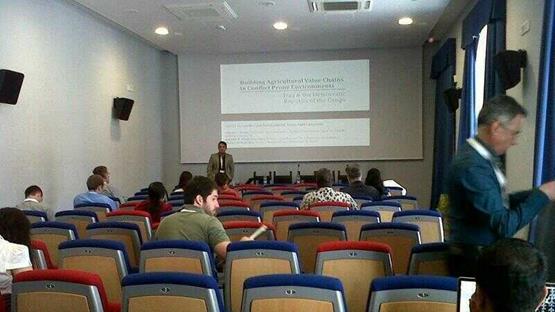 Anacapri, which means the higher part of Capri, is a very nice village, actually an integral part of the island.
The presence of lot of ruins demonstrates that it was inhabited since the roman time.
Anacapri, between the 19th and 20th century, became a destination for artists coming from all over Europe.
They used to spend nice holiday on Capri, looking for freedom and artistic inspiration.
Nowadays it represents the quieter and more traditional part of Capri, less commercial but still modern and elegant, with many areas to relax in comfort especially during low-season.
PARADISO conference-center, located in the heart of Anacapri, recently refined, modern and elegant, can be adapted for any occasion. It consists of 3 large halls and a wide open-space.
The main room has a capacity to seat 236 people, videoprojector, 3D screen, a stage and changing rooms, adapted for multifunctional usage, cinema or theatre, a director’ s room from where it is possible to control all the activities in the room.
A second room, 75-seat capacity, has screen and p.c. and exits on to garden.
The third room is equipped with a videowall with nine 55” screens, all controlled by one computer, which looks on to the beautiful garden with ornamental plants, and has a capacity to seat from 62 up to 80 people.
The three rooms have each a smaller room with multimedial touch screen, p.c. all-in-one, with high speed internet connection. W-ifi is available contemporaneously for up to 250 users.
Coffee break and light lunch can be organized either in the garden or also indoors.
Two different events can take place in the same time, since our center has two separate entrances.
All the basic equipment and the relative assistance is assured for the whole duration of the event and are included in the quotation.
Moreover, we can provide assistance and extra-activities for the participants at the conference such as guided tours in Capri or in the nearby surroundings (Naples, Sorrento, Amalfi coast etc.).