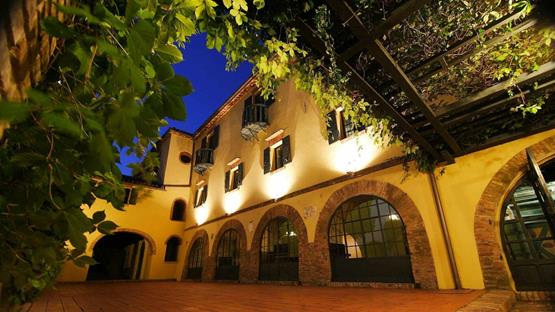 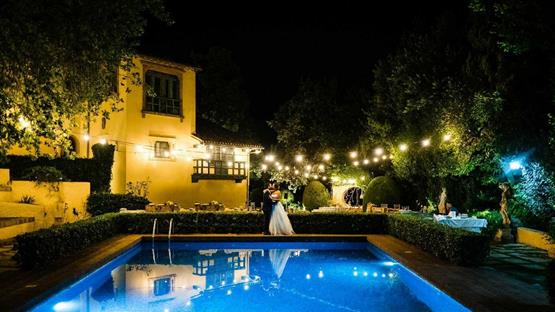 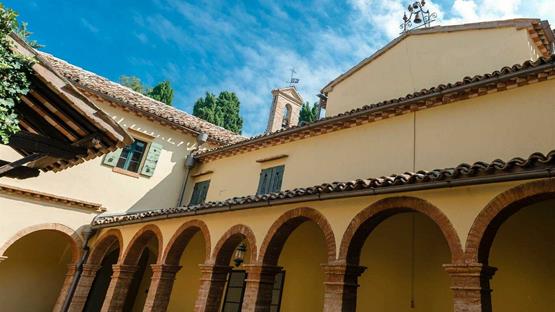 Protected by the severe bulk of the fifteenth-century bastion of Ponente, shielded by rows of tall cypresses, this is how the Convent of Gradara still stands today, which stands out with its ocher silhouette against the intense blue of the sky and the sea.

Built in the heart of the ancient hamlet that once surrounded the town, the small monastic settlement, originally probably linked to the Order of the Franciscan Observants of Pesaro, made its official entry into the history of Gradara in 1564 when it was established by the local community the erection of a Capuchin convent. The initiative, actively supported by the Duchess Vittoria Farnese, at the time ruler of the castle, had the support of numerous individuals who promptly started the construction, for which counting materials were also used Romans - partly preserved - from the lost Basilica of San Cristoforo Ad Aquilam, on the Flaminia.

The story of the Conventino of Gradara, closely intertwined with the events of the land that hosts it, told by the stones laden with memory, of the silent presence of the religious who have long animated the life of the structure.
A significant presence from a numerical point of view throughout the sixteenth and seventeenth centuries, testified by the considerable size and architectural value of the complex, which has undergone various restoration interventions over the centuries.

Around the ancient cloister, perfectly preserved, pivoted the daily existence of the community: through the protected and harmonious spaces of the portico you had access to the large internal rooms, some of which intended for common use such as kitchens, the vast refectory, the pantries, the church, others reserved for individual recollection such as the cells for the night. The secularization of the convent in 1789 by the Republicans marked a brief interruption in the secular history of the Capuchins of Gradara, who could only return to possession of the headquarters in 1822 : it was the bishop of Pesaro, Mons. Clemente Fares, to consecrate the complex again in 1859. From the first decades of the twentieth century the ancient structure was transformed into a summer residence for seminarians, to then be definitively sold to private individuals, who made it a residential villa, in 1925.