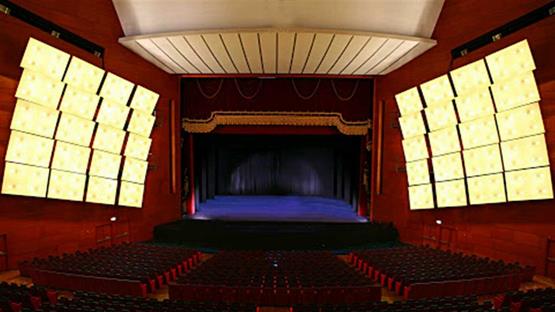 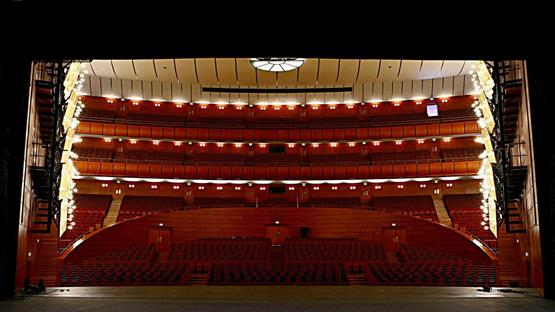 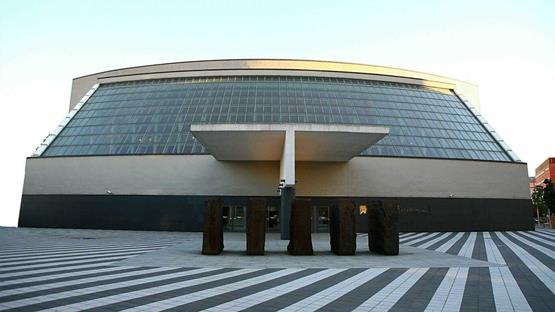 Originally built to host the theatrical season of Teatro alla Scala during its three-year long renovation works, today Teatro degli Arcimboldi is an unquestioned institution in Milan’s live arts and entertainement venue scene.  The hugest names in national and international stardom have walked its stage, thus etablishing its name as an acclaimed brand across the world.

Built between 1997 and 2002 by the City of Milan in cooperation with Pirelli, Teatro degli Arcimboldi stands at the very heart of a massive project aiming at requalifying, renovating and de-industrializing  the Bicocca district. What was formerly an industrial and working class district is now a thriving cultural and arts centre which includes Hangar Bicocca, Centro Sperimentale di Cinematografia, Cineteca Italiana and Spazio Mil.
Teatro degli Arcimboldi proceeds from the significant achievement of the world-renowned architect Vittorio Gregotti within an impassioned and impressive architectural project.  The building distinguishes itself as its stands alone in its architectural uniqueness in the urban context it sits in.

Contributing significantly to the renovation and redesigning of the Bicocca district, Teatro degli Arcimboldi is strategically located between Milan’s city centre and the vast metropolitan area that stretches from Milan’s Northern suburns to Lecco, Varese and Como, i.e. an area which features a population of over 3 million people.

The Theatre was intentionally built in an area which features the major trasport infrastructres connecting the Northern city suburbs and the vast city outskirts to the city centre and the neighbouring regional cities to Milan itself.
For the Teatro degli Arcimboldi project Gregotti applied the concept widely known as «from the spoon to the city». This principle of architectire states that a spoon, a chair, a skyscraper may be designed in keeping with a common, basic idea of creativity. Hence every single aspect of the building, its structure, the surrounding elements, the related spaces and any «collateral» details, including the way activities are carried out and experienced at Arcimboldi, were all designed to cater for a leitmotiv of simplicity, compact order and essential artlessness.

The underlying idea and intent of the project were to create a Theatre whose outer building and inner halls, lobbies, stage and spaces in general would strike visitors for their geometric and at the same time spectacular simplicity.

External volumes interact with one another in a simple, orderly network which results as being a harbinger to the neat and orderly distribution of internal volumes and spaces; from the main entrance to the lobby, from the stalls to the balconies, from the stage all the way to the very fly tower and grids.
The LOBBY features an amazingly large and sloping glass wall that rises to the full height of the ceiling and spreads a spectacular light on the hall below. Steel columns line the hall that houses the reception, the bookshop, the cloakroom, the stairways and one of the cafés. A spiral staircase leads to the bottom floor which hosts an internal garden, the theatre restaurant and a private parking lot.
The AUDITORIUM is 49mt wide and curved in a fan-like shape. It features two split-level stalls and two overhanging upper circles. The upper floor also features corridors and a lobby which both overlook the hall below.

The walls of the auditorium are lined with wooden panels which also coat the exterior portion of the balconies. The concave panels which cover the walls can be directed and adjusted to improve acoustic performance. In Gregotti’s words «this theatre suits all kinds of music».
Through an innovative artistic and management project which will enhance and reestablish its functions, looking not only ahead into the future of social and digital change, but also to the present and its fast-changing senario.

Hence, the new TAM Teatro degli Arcimboldi Milano: grand events, international premieres and previews, acclaimed and original art exhibitions, the greatest Italian and international artists, all this amd more will turn TAM into a cultural hub with its door open to the city and to the world, a crossroads for entertainment, professional training and services.