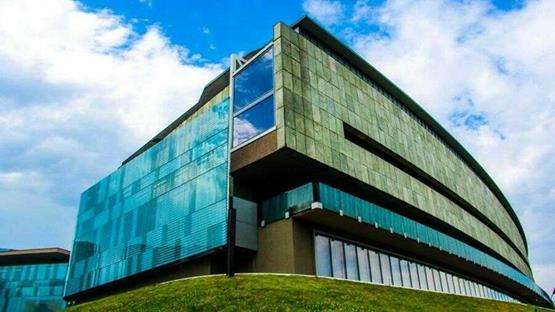 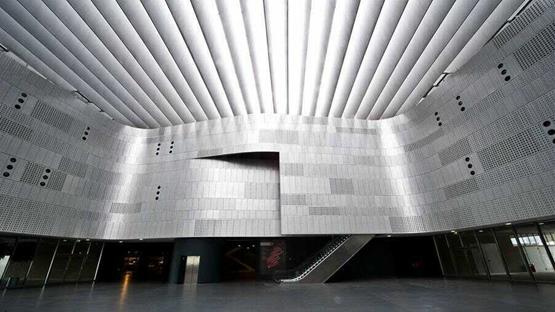 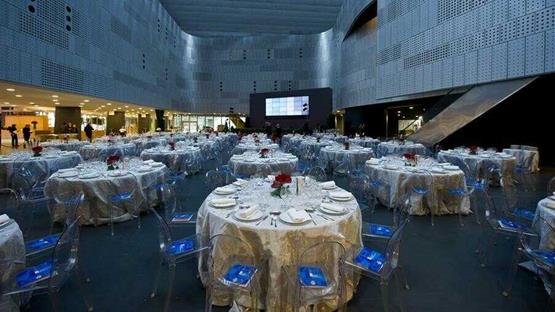 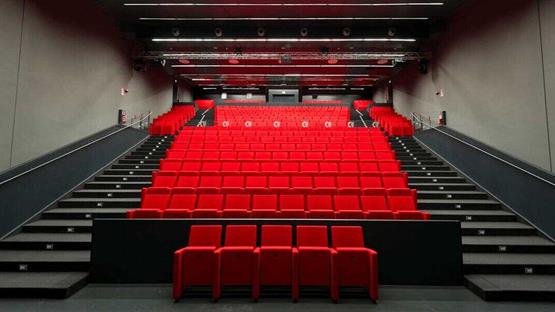 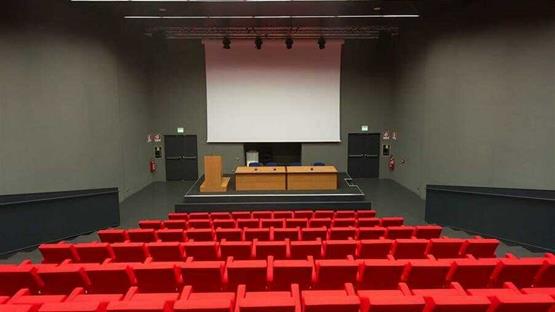 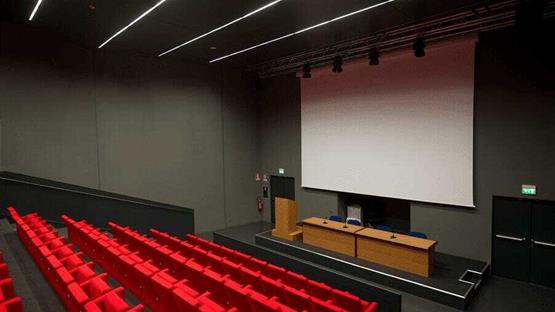 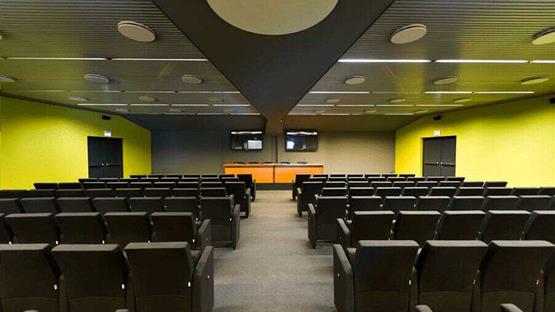 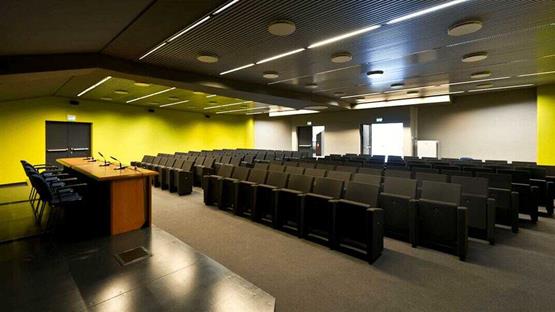 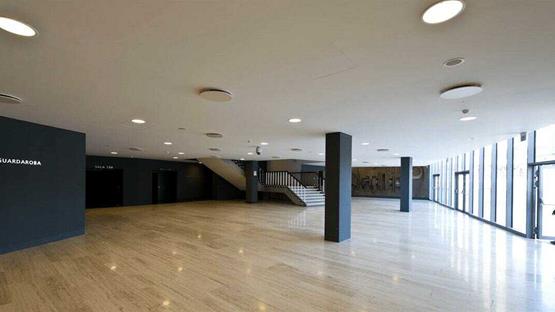 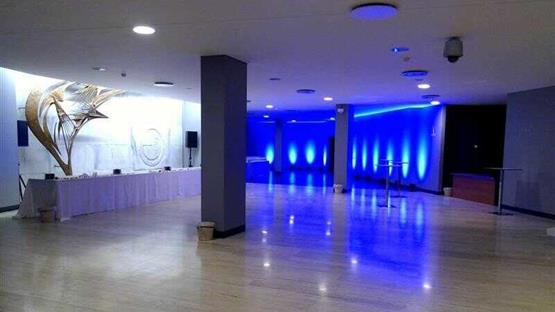 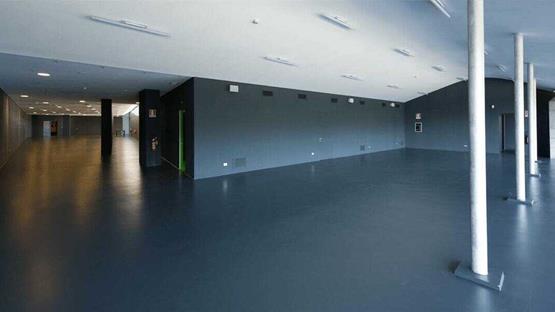 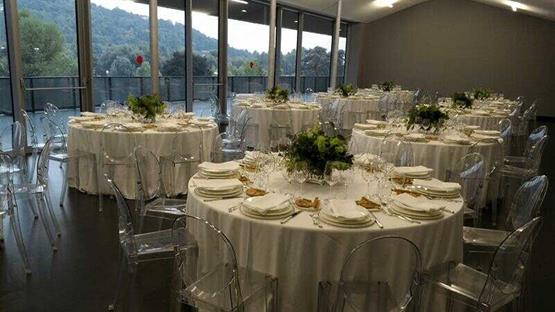 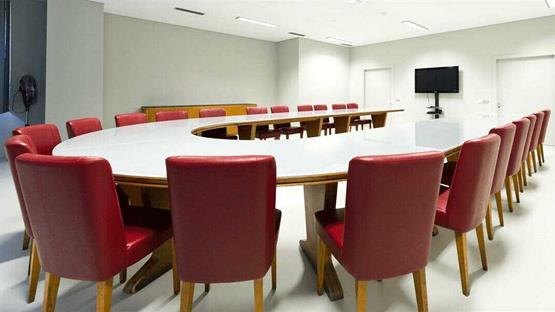 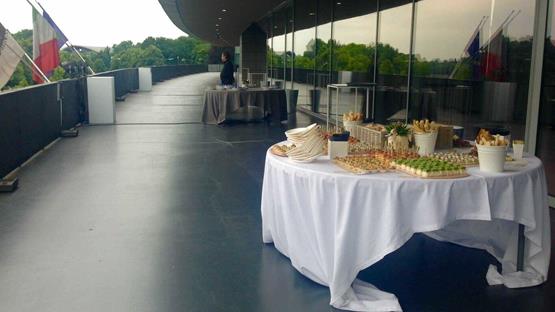 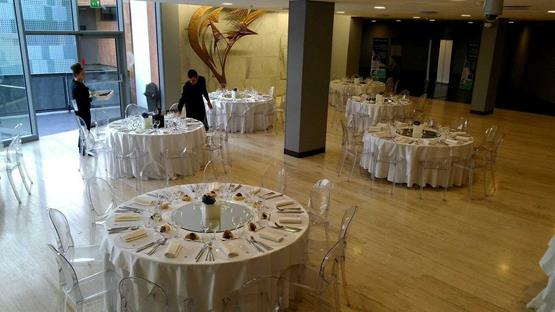 Carlo Biscaretti di Ruffia (1879-1959) attached his name permanently to the National Automobile Museum. He was the one who conceived it, gathered together the collection, and worked to give it the headquarters. The Mauto is the only one Museum of this kind in Italy, housed in the premises designed by the architect Amedeo Albertini, placed a short distance from the Valentine Park and the Lingotto.The Museum has one of the rarest and most interesting collections of its kind, with almost 200 cars over eighty different brands of vehicle, from all over the world. In 2011 he was re-opened in a totally renovated venue. the strictly display functions will be supplemented by a set of complementary activities to make the Automobile Museum come alive at all times of day and evening.
The new Convention Center is part of this project. The idea for it came about through a spatial reinterpretation of the existing volume which made it possible to divide it into two rooms of different sizes that would create an extremely dynamic environment.
The Conference Centre comprises the following:
AUDITORIUM
this is the main hall, occupying the largest volume; it is arranged in steps, and has room to seat 405. It has a stage (accessible also to those with disabilities) with a lecturer’s desk and podium, and is equipped with seats. It has the brend new technical installations which may be implemented at the client’s request.
ROOM 150
is located beneath the Auditorium and has a maximum capacity of 150 people. It is equipped with a stage (accessible to those with disabilities), the basic technical installations and 2 maxi-screens for film shows.
Both the rooms are sound-proofed, have technical connections and can host various kinds of conferences as well as concerts.
FOYER
this is the area located in the space in front of the Auditorium; it has a surface area of around 550 sq. m., with the possibility, in fine, warm weather, of using the small terrace outside.
NORTH GALLERY
this is an area of around 250 sq. m. linking the Foyer to the restaurant; it may be used for coffee breaks, buffet lunches and as an exhibition area if necessary.
On the ground floor , there are two rooms, each seating around 40, for possible parallel sessions.
In fine, warm weather the panoramic terrace, looking out over the Turin hills, can be used for lunches and dinners.
HALL COUNCIL
is a room on the second floor office area and is equipped with a table shaped like a horseshoe with about 20 seats and a 52-inch plasma screen.
INNER CENTRAL SQUARE
is an internal, covered courtyard at the center of the Museum . The old courtyard with its garden was closed in order to make a new space, extremely charming and futuristic, with an overall surface area of around 1,000 sq. m., which can be hired to host various kinds of events with very large capacity audiences: awards, ceremonies, concerts, gala dinners, fashion shows, theatrical performances, etc.